Stay up to date with our latests posts!

So I pass by this restaurant frequently since it opened a few months ago and I stopped by for dinner for the first time this weekend.

The only thing I knew abut it was that it was a pizza concept but had not read or researched any information ahead of time.

I was surprised to see a cafeteria-style service counter where customers go through and select the pizza ingredients as a service attendant builds their pizza.

See my observations of this visit to Pieology below.

The restaurant was clean and very busy. There was a vibe of excitement in the air.

I really liked how the signage by the ordering station draws attention to their unique ingredient selection process.  It contains a clear message and has an attractive design.

Other noticeable signage within the restaurant contains popular motivational quotes, which is also pretty attractive.

There is indoor and outdoor seating.  Inside, the seating is varied with some tall and standard height tabletops along with barstools along one side of the main counter.

The open dining area seemed a bit crowded, especially around the drink station, but if people like the food, does it matter?

Something I didn’t particularly like was that there is not a tall enough screen or wall between the line of people waiting to place their order, and the customers eating next to the line.

This may not be an issue to anyone, but as a customer waiting in a restaurant line I don’t want to view others eating so close up, and if I were on the other side, I wouldn’t like others looking at me at such close proximity.

We sat on a table by the wall of the small corridor across from the counter/bar area where there appeared to be less activity. There is a nice distance from the tables along the wall and the bar, and enough space for people accessing the washrooms at the end of the corridor.

One small distraction was a long end of a string of lights that was not properly positioned so that it did not hang oddly under the counter.

I also question why two televisions at the end of the counter were not on. This may have made this area more visually appealing.

However, because the open beam ceiling does not have any acoustic properties, when on, these TVs should be on low volume or maybe have no volume at all.

I appreciated the create-your-own concept and the clear choice options. The ingredients looked fresh and appetizing and the order area was clean and organized.

There are 6 crust choices, including one gluten free crust, and one cauliflower crust. There are also a variety of meats, cheeses and vegetables to help create your own pizza.

I noticed someone in front of me order the gluten free crust, and it looked different than the others. It appeared to me to have been pre-cooked, and may have been previously frozen, but I did not ask, so I am not sure.

We ordered one Thin Crust and one PieRise Thick Crust.

I made it a point to think about what I wanted the final product to be, and chose my ingredients carefully.

After eating our pizzas, we agreed the thin crust was cooked perfectly, but the PieRise Thick Crust was underdone. The appearance on the top and bottom was perfect, but the middle was too doughy.

I would definitely eat another thin crust pizza with the same combination of ingredients that we chose, which were: pesto, mozzarella and gorgonzola-blue cheese, ham, mushroom and basil.  This was really, really good!

I am not going to suggest where I think this pizza falls in comparison with other pizza outlets but I will definitely eat it again.

We received good service but I did not particularly notice anyone greeting customers or helping facilitate the process at the ordering station, other than the order taker. Someone toward the end of our meal walked through the dining room and asked how we were doing.

Because it was a busy service period, I expected that there would be someone by the line asking to clarify questions for customers so that the line could move smoothly, and maybe even issue a slip of paper where they could begin to make their selections.

The order taker was courteous and patient with indecisive customers, but the people at the end of the counter handling the finished product looked a bit overtaxed and stressed.

Personally, a concept such as this should not allow customers to view the ingredients as they make their decisions. In my opinion, this causes people to want to over select ingredients and take a longer in the process, and for some it causes indecisiveness. Both scenarios cause others in the line to become irritated and makes the overall dining experience less enjoyable.

What I liked about this particular concept is that the available ingredient choices are popular enough that one can be certain that they are fresh, and have likely not been sitting on the counter all day.

I think most appealing is to have the ability to experiment with interesting combinations of ingredients and truly have your very own pizza creation.

What can you say about your latest pizza experience?

This restaurant review is an opinion and no remuneration was offered or solicited, unless otherwise noted here.

« How to Use Turmeric in Simple Ways
Mango Chicken Curry Recipe »

WELCOME
Thanks for visiting! Check out our online gift shop for kitchen gifts and gift ideas; read our blog for recipes, and for nutrition and wellness tips; and contact us for local catering of our delicious Flan. Do you want to perfect your flan baking recipe, or improve your flan baking process? Contact us to learn about our private online sessions.

Stay up to day with all our latests posts!

Disclosure: Flanstogo.com is a participant in the Amazon Services LLC Associates Program, and other similar affiliate programs, which are advertising programs designed to provide opportunities for websites to earn advertising fees by advertising and linking to their sites. 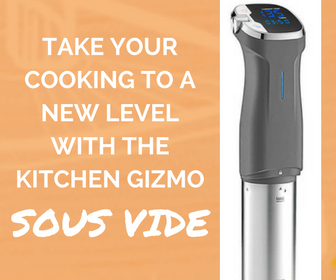 Unauthorized use and/or duplication of the content and photos on this site without express and written permission from the author/owner is strictly prohibited. Links and or excerpts may be used, provided that full credit is given to Flanstogo.com, and it properly and specifically directs the reader to the original content.